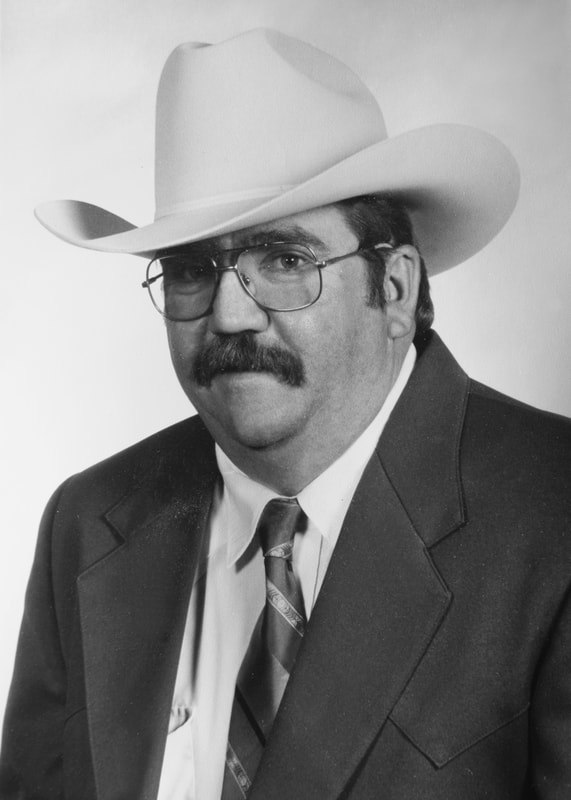 William “Bill” Teeter, born in February 1954 to Thurman and Donna Teeter of La Grande, Oregon. He and his family later moved to Imbler to be on the farm. Bill has always enjoyed the agricultural lifestyle and has been a huge supporter of the Eastern Oregon Livestock Show.  He was a volunteer within the organization for many years, he then was elected to the board of directors in 1986. Bill served as 2nd vice president, 1st vice president, and eventually president. He served as the EOLS president from 1994-1995, and as co-president along with all the then-living past presidents for the 100th year of the Eastern Oregon Livestock Show in 2007.
Bill has not only been a huge supporter of 4-H and FFA, but also an integral part of the VIP Waterin’ Hole since its inception. He gathered volunteers to cook and serve food to all the sponsors during the rodeo and races. Bill was not alone in all his volunteering, his family is well known within EOLS as well. His sister, Vicki, was a cook shack volunteer and his brother, Bob, was an EOLS past director. Bill’s children, Jarod & Becky, were active 4-H & FFA members with animals at the show each year. Jarod was an EOLS track superintendent and volunteered on the horse racing side of the show. Becky was on the EOLS court and a local 4-H leader whose exhibitors showed and sold animals in the auction. Bill’s grandchildren, Jaden Bales, Jacey Teeter, Tyler Bales, & Jordan Teeter, have all been active in 4-H and FFA and have shown at Stockshow.
Bill has been involved within the community including serving 8 years on the Imbler School Board and many years on the Summerville Cemetery Board. Bill was also honored with the 4-H Meritorious Service Award, 1992 Cattleman of the Year, and the Union County Chamber of Commerce “Advancement of Union County Agriculture” award.  Nowadays, he spends his time on his family farm outside of Imbler, OR where he grows and harvests mint. ​