The Harley Tucker Rodeo Series Award, sponsored by Farm Supply Distributors and the Tucker family, was first started in 1970. Recognized at the Saturday evening Chief Joseph Days performance with a hand crafted belt buckle and $3,000, the award goes to the cowboy or cowgirl scoring the most points in a combination of the Eastern Oregon Livestock Show in Union, The St. Paul Rodeo in St. Paul, The Elgin Stampede in Elgin and Chief Joseph Days in Joseph. If the award is earned three times, the contestant receives an accumulating purse. In 1982, Butch Knowles of Heppner became the first three-time winner and earned $5,100. In 1990, Rocky Steagall of Irrigon became the second three-time winner and received $3,100. In July of 2008, Brad Goodrich became the third three-time winner of the accumulative award and received $10,500. 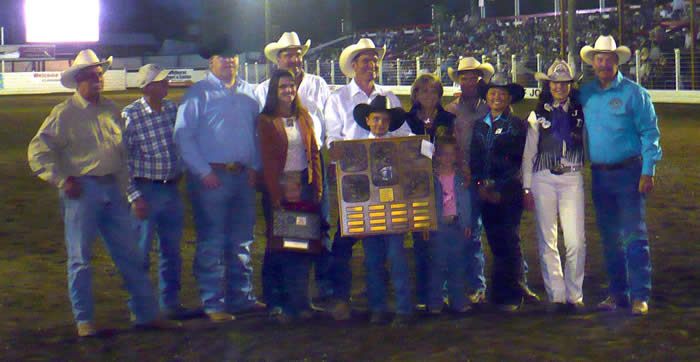