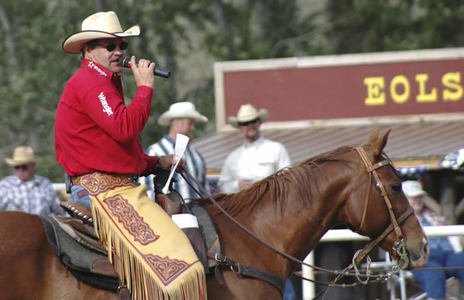 This year Steve will appear at rodeos in his home state of Oregon, in Washington, Idaho, Montana, California, Arizona, Wyoming, and South Dakota.  In addition to great rodeo events like the Pine Country Pro Rodeo in Flagstaff, Arizona, the Livingston Round-Up in Livingston, Montana, the Crystal Springs Ranch Rodeo in Clear Lake, South Dakota, Steve also annually appears at the Mule Days Celebration in Bishop, California, and the $100,000 Montana's Richest Calf Roping in Kalispell, Montana.

Steve has made his living behind a microphone since he got his first radio job at his home in Klamath Falls, Oregon when he was 17 years old. He will bring that love of radio and his knowledge of the sport of rodeo to the "Rodeo Profiles" radio program.

Steve Kenyon received a Bachelor's Degree in Communications with an emphasis on broadcast journalism when he graduated from Linfield College in 1982. He currently writes for two well recognized rodeo publications. His work appears every month in the WPRA News, the official newspaper of the Women's Professional Rodeo Association, and in the Competitor News.

Steve Kenyon comes from a family of rodeo participants. His wife Tracy is a Columbia River Circuit Finals qualifier in the barrel racing event.  His son Phillip is a past Jr. World Champion at the prestigious Barrel Futurities of America barrel race in Oklahoma City.

Stay up to date on all PRCA action by following 8 Seconds Rodeo on Facebook and on their website! 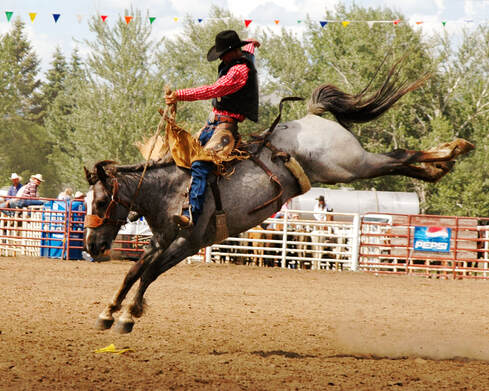 Stock Contractors Flying Five Rodeo Co. Inc. and Big Bend Rodeo Co. was created by two friends Sonny Riley and Don Hutsell, and a handshake, started years of producing rodeos in the mid 1960’s.  Flying Five Rodeo Co. advanced to the professional level entering the PRCA and sending stock to their 1st PRCA National Finals Rodeo in 1974.   At this time they started their “Born to Buck” program with a handful of mares and 1 stud starting a whirlwind effect of producing quality rodeo livestock, and many PRCA rodeos in WA, OR and traveling with stock across the United States and Canada.  In 1991 Flying 5 Rodeo Co. purchased the Kelsey and McLain card and stock and formed the Big Bend Rodeo Co. This provided two PRCA cards and formed Flying 5 Rodeo Co. Inc. DBA Big Bend Rodeo Co. Located among the breaks of the Snake River and the scablands of Eastern Washington. It is currently owned and operated by Sonny Riley and Chad Hutsell.

As a spectator with your family, the families of Flying Five Rodeo Co. Inc., and Big Bend Rodeo Co. hope that you enjoy watching these athletes compete here and at many rodeos to come to reach their goal of becoming the next champion as they have for generations. 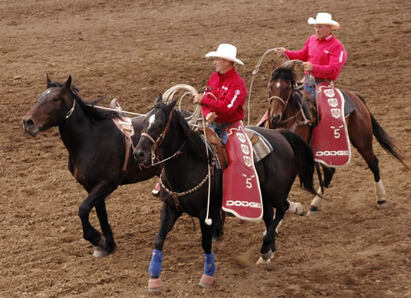