Ryan started fighting bulls at the age of 16. He was approved for his PRCA card in 2013 when he decided to make a career out of fighting bulls. Since becoming a professional bullfighter, Ryan has worked rodeos all over the Northwest. From Wyoming, to Montana, Idaho, Oregon and Washington. Ryan was born and raised in the rodeo rich town of Pendleton Oregon. Growing up, Ryan played sports all through school, until he discovered his love for the sport of Rodeo. Currently Ryan and his Wife Rebecca make their home just outside of Pendleton, nestled at the base of the Blue Mountains. When Ryan’s not fighting bulls, he works as a Farm Irrigation Consultant. In his free time, he also enjoys the outdoors, Hunting, Basketball, Golf, and spending time in the mountains at the family cabin. 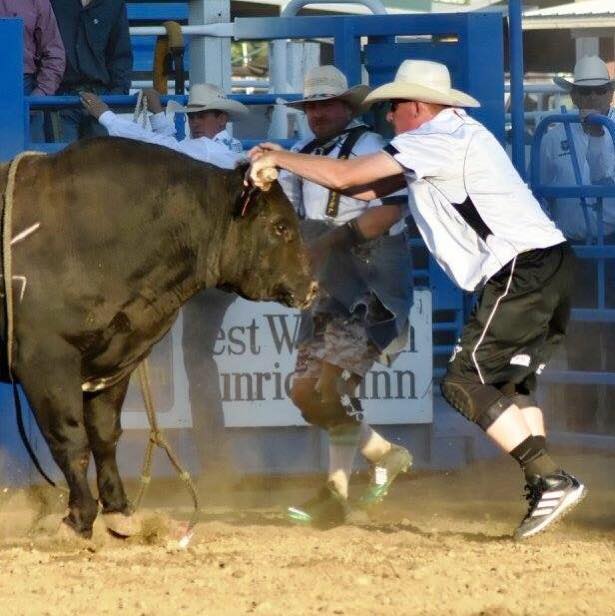